Wabi and Sabi are words that express the sense of beauty unique to Japan and are often referred to in one word as “wabi-sabi”. However, they are words that originally have different meanings. In fact, both words expressed negative feelings. Gradually, Wabi and Sabi  became popular in the world of the tea ceremony and the literary world such as haiku as a term representing beauty. It can be said that it is a Japanese unique sense of beauty and culture. 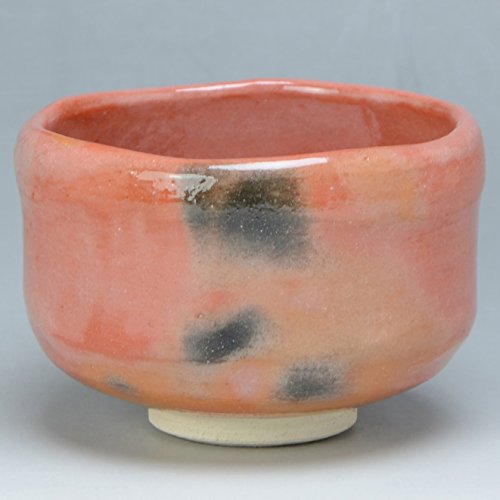 Since the middle of the Muromachi period (1336-1573), a ceremony called cha-no-yu, where a master treats Matcha tea to guests had been established. The style of the ceremony developed on two completely opposite way. One is prosperous with luxury tea utensils, and other is with simple pottery in a small room. The person who ultimately enhanced this simple tea ceremony was Sen no Rikyu (1522-1591).

The spirit of his tea ceremony was to think positively about material inconveniences and deficiencies and to enjoy a simple and quiet life. It is “Wabi” and the tea ceremony is also called Wabi-cha (Wabi tea).

The word wabi was originally a verb, wabu which means to lament the incomparable inferiority or deficiency. But Rikyu found beauty there. Today it means “simplicity”,  “modesty” or “austere elegance” and is used for both natural and artificial things.

Sabi is a word that expresses quaintness and loneliness with aging. While Wabi points to the state as it is, Sabi pursues the beauty that exudes from it.

Sabi is an important concept, especially for haiku poetry. In the world of haiku that Matsuo Susumu established, Sabi is not a superficial thing such as the subject or expression method, but it means how the author recognized the object of poetry and expressed his feelings.

Although it differs from antiques in Britain and other countries, it has some aspects in common. While sabi places more emphasis on the action of nature itself, Western antiques seem to place more emphasis on the historical aspect. Sabi also means silence. In Japan, it is thought that a quiet and passive mind is necessary to accept everything. The spirit is a state known as “Munen” or “Muso”. These are not simply a state in which there is no thought, creation, or emotion; rather, it means that one’s natural abilities are exercised through thoughts, reflection, or a sense of rejection of all attachment. This state of mind is also called “Muga” (selflessness)  in which they do not have selfish thoughts and are not conscious of what they have. Yokoyama Taikan (1868-1958) a painter, painted works that described the situation. 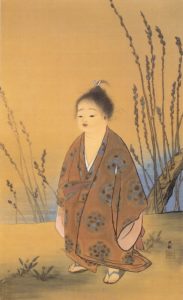 Wabi’s spirit and Sabi’s spirit developed in different fields. But it has become so-called “Wabi-Sabi” to find beauty in something that makes you feel calm and loneliness while being simple. You would feel the sense of the beauty of the Wabi-Sabi in Japanese temples, rock garden (Kare-sansui) and ink paintings.

The philosophy of Zen includes the following seven principles of beauty in order to understand Wabi and Sabi.

However, according to Iwai Shigeki, a scholar of Japanese culture at Kyoto University, the terms “Wabi” and “Sabi” have not always been emphasized in the world of tea ceremony, and these were widely publicized from the Taisho period to the early Showa period and became widely recognized after the World War 2.

Historical and Other Considerations