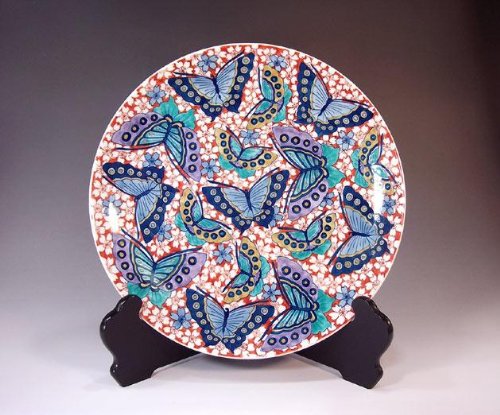 The porcelains of Imari (Arita) ware has the various airs. Luxury, gorgeous, elegant, and wabi-sabi. No other porcelain in Japan expresses the whole beauty of Japanese art as Imari-yaki. Because it is the oldest porcelain in Japan.

The Imari ware was born in 16th century. Though there had been some type of the potteries it was the first porcelain in Japan. Following that, the Arita craftsmen improved the technique of coloring.

Especially, the export the Imari ware colored in luxury, Koimari (old Imari) for the Western countries were started in 1659. Since then, they invented the Kakiemon Style and Nabeshima Style.

While the present Arita craftsmen highly inherit the traditional techniques, they still invent new. Fujii Kinsai has the outstanding creativity best of all.

You must be satisfied his paintings of the Imari plates since the plain faces are broad, like a round canvas.

Fujii Kinsai was born in 1976 at Arita, Saga Prefecture the home of the Japanese porcelain. The character of the locality made him aim to be the traditional Imari potter.

The fine articles of the decorative Imari plates by Fujii Kinsai

Nabeshima is the name of the feudal domain in Saga. Since it was the porcelains for the daimyo, they call it as Nabeshima Style. The Nabeshima Style is colored with four colors, blue, red, yellow, and green. The feature is that it has dyed figures (“iro” means color).

Sometsuke is the traditional coloring with only indigo. After painting with zaffer on the plain plates, he glazes and burns them. The quantity of pigment and glaze make the difference of the color of indigo. 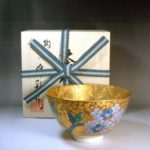 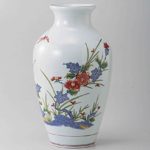