Kakiemon Style. Beautiful flowers and birds on a white pottery. 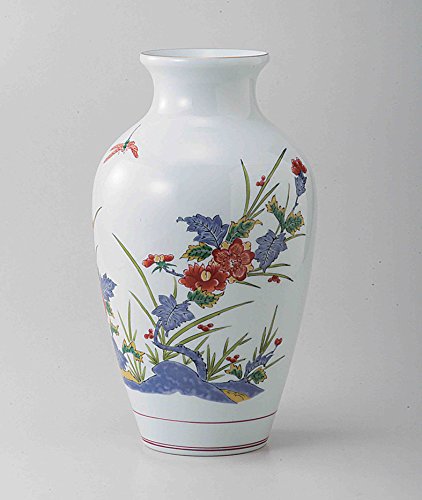 Arita-yaki (Imari-yaki) is the oldest porcelain in Japan. After about 60 years ago, Kakiemon Style was established in 1640’s.

Colorful birds and plans are on a clear white base. The way of the style which makes use of spaces express one of the Japanese aesthetic sense.

The outstanding German kiln Meissen succeeded at the production of a white porcelain all around Europe in 1709. The world-famous kiln had put effort into imitating the manufacturing and painting method.

The craftsmen of Arita, Saga Prefecture have kept the traditional technique and made the porcelains for 340 years. One by One.

The name of the style came from the man who established. He was Sakaida Kakiemon (酒井田柿右衛門, 1596-1666). He invented the way of red painting on a ceramic in 1640’s. About 30 years later, the craftsman completed the new Arita ware with harmonious colors.

To be exact, a porcelain Kakiemon and Kakiemon Style aren’t same things. Kakiemon is an Arita ware which is made at the Kakiemon Kiln. Today, the 15th Kakiemon and his disciples produce Arita ceramics at the kiln.

And Kakiemon Style is an Arita ware which has the features of Kakiemon but is made other than Kakiemon Kiln.  The painting has enough white space. So it is called as “the beauty of space”. “Nigoshi-te” (濁し手) the soft and warm milky-white is also the unique feature of Kakiemon and the style.

The red painting and other colors including blue, green, and yellow are on the white base. The theme is Yamato-e (大和絵) which is a classical Japanese decorative painting. It is a beauty of nature.

The detailed history, design, and method of Kakiemon ceramics.

The meaning of Imari-yaki and Kakiemon as an artistic craft in Europe.

Sale of Kakiemon pottery on Amazon 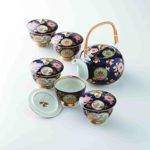 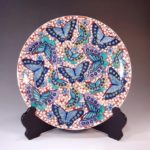