“A Tour of the Waterfalls of the Provinces” (諸国瀧廻り)

Just after the success of  “Thirty-Six Views of Mount Fuji”, popular ukiyo-e artist among Edo people, Katsushika Hokusai (1760-1849) produced the famous waterfalls ukiyo-e series “A Tour of the Waterfalls of the Provinces” from 1833 to 1837.

When he drew the pitcures, he used the name of “former Hokusai and Iitsu” for the signature. Because he give Hokusai to his disciple and took new name Iitsu(為一).

In the prints series, he showed the eight famous falls in Japan. They depict not only the place of scenic beauty, but also the lives of people who was familiar to the waterside.

Garalley of "A Tour of the Waterfalls of the Provinces" 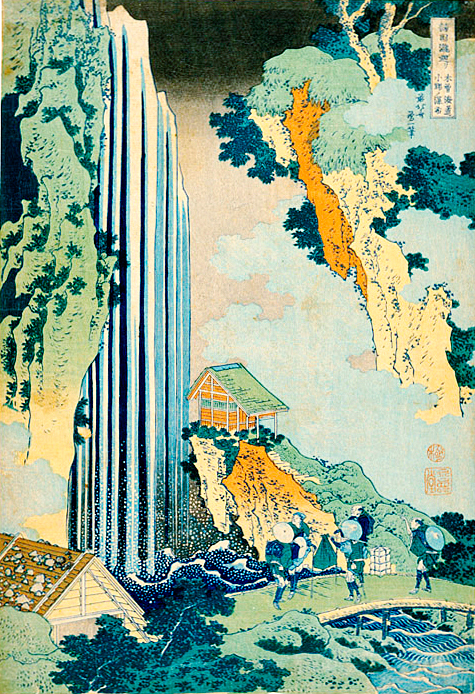 Some of the Shinto ascetics did the water discipline under the Ono Falls(小野の滝).  Utagawa Hiroshig (1797-1858) also drew the waterfalls as Agematsu in the series of “Sixty-Nine Stations of the Nakasendō (木曽街道六十九次).

Amida Falls in the Depth of Kiso Road 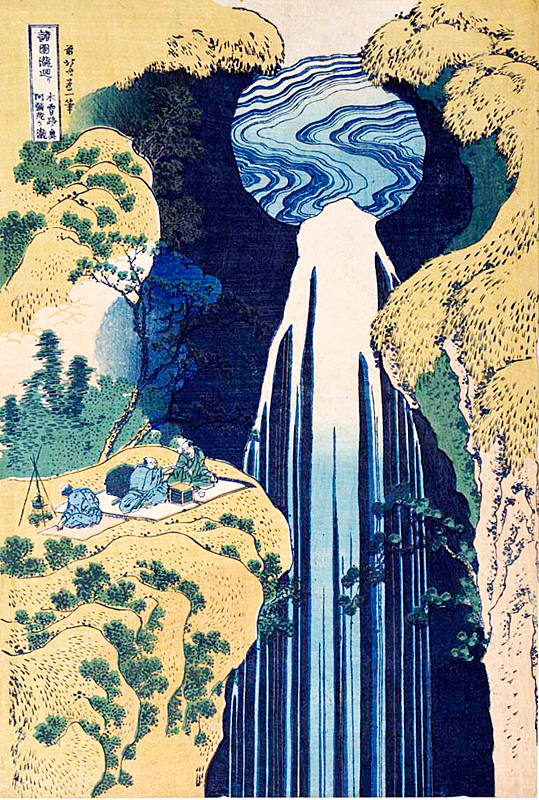 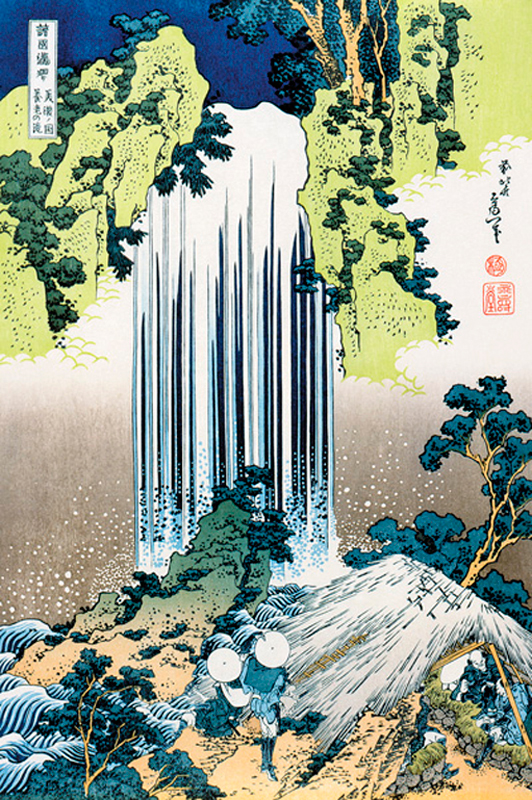 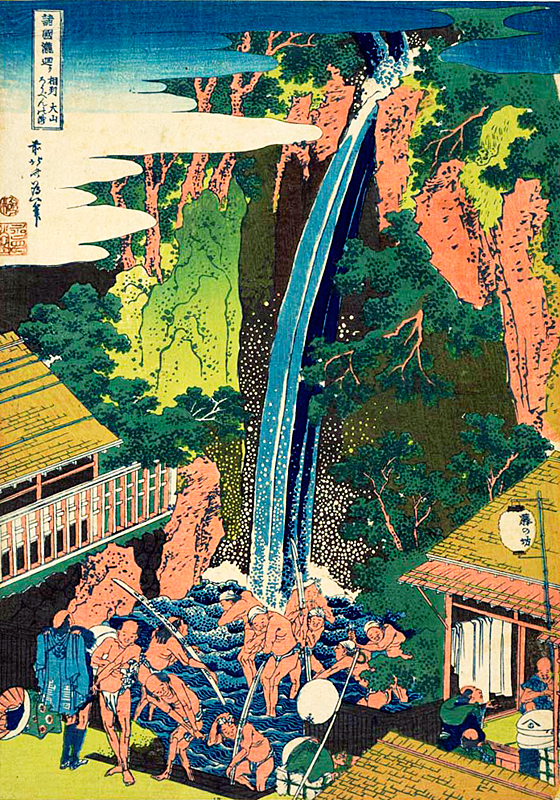 Many Edo people visit Oyama Mountain in Kanagawa prefecture to pray. Before they climb the mountain, they did the water discipline under the Roben Falls at the foot for purifying. 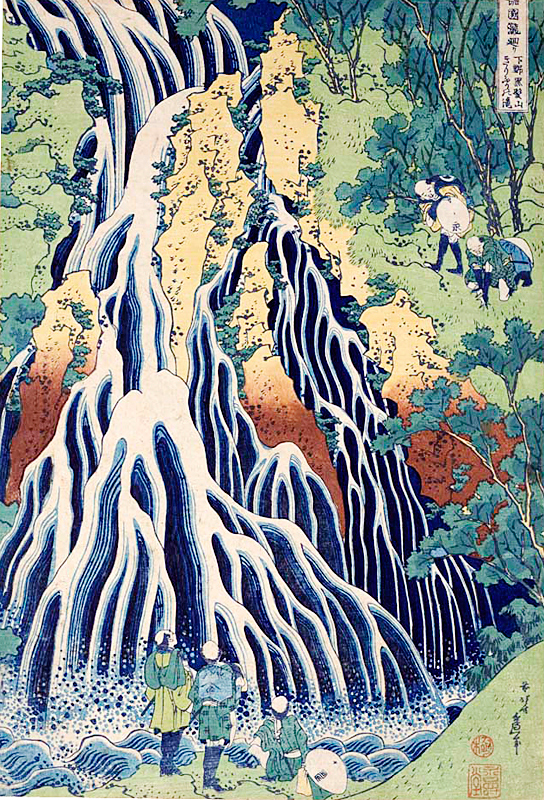 One of the big three waterfalls in Nikko. The tourists enjoyed the falls before they visit Toshogu Shrine. 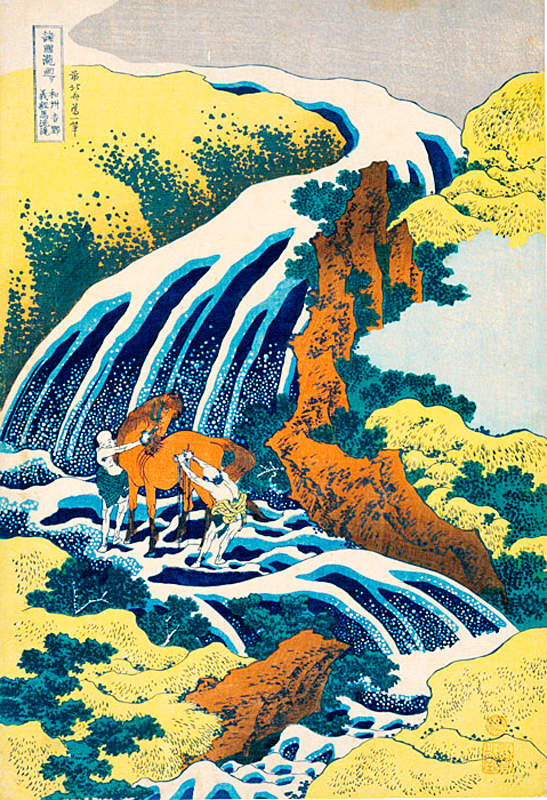 The falls have the story that Minamoto Yoshitsune (源義経), the brother of the founder of  Kamakura shogunate, washed his horse with the water. The traveler in Edo Period also would have done as the same.

Aoigaoka Falls in the Eastern Capital 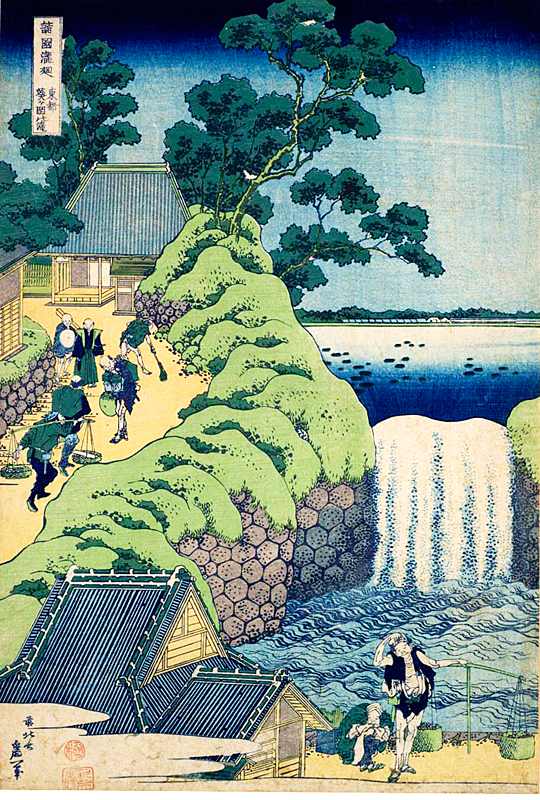 Aoigaoka Falls (葵ヶ岡の滝)  at Akasaka, Edo don’t exist now. It would be not much of a falls, but Edo people might have love it.

Kiyotaki Kannon at Sakanoshita on the Tokai Road 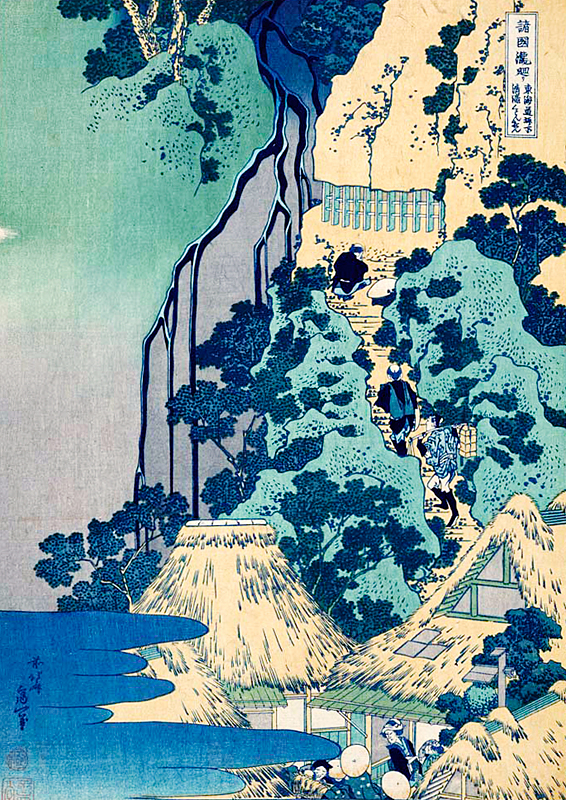 It was said that the Buddha statue of Amida-nyorai, Juichimen-kannon, and Zizo-bosatsu was placed near the falls. So a lot of visitor saw Kiyotaki (清滝) in Edo Period.

Katsushika Hokusai’s most famous artwork “The Great Wave Off Kanagawa” 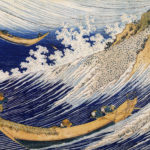 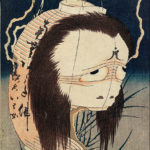 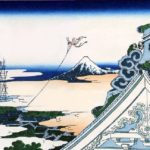