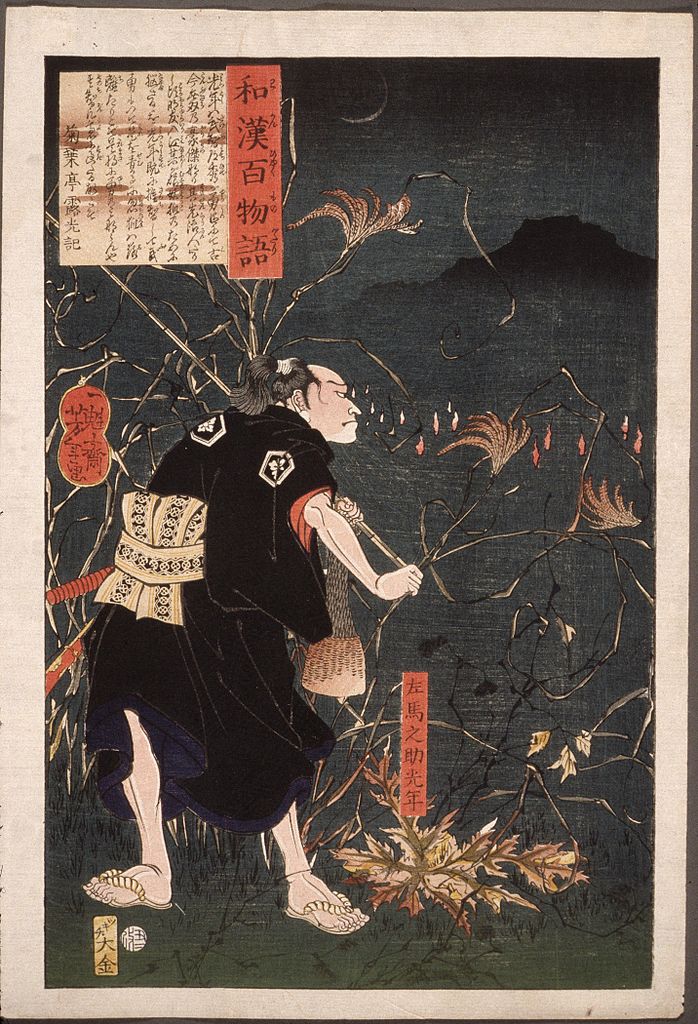 A warrior goes through a field of the dark night where a long, narrow crescent moon rises. Susuki (Japanese pampas grass) blocking the way with ivies like a living creature is actually a transformed white fox holding a grudge against the warrior. can see many small fires. The name of this warrior was Akechi Samanosuke. As Akechi Mitsuhide’s right-hand man, he is famous for his brave fighting performance; this scene is a story of when he was still a ronin (masterless samurai). He went hunting with his friend and killed the white fox begging for his life. The other white fox had a grudge against it and deceived his friend and Samanosuke with magic, but he detected it and exterminated it. It is an impressive work with Samanosuke’s sharp gaze.