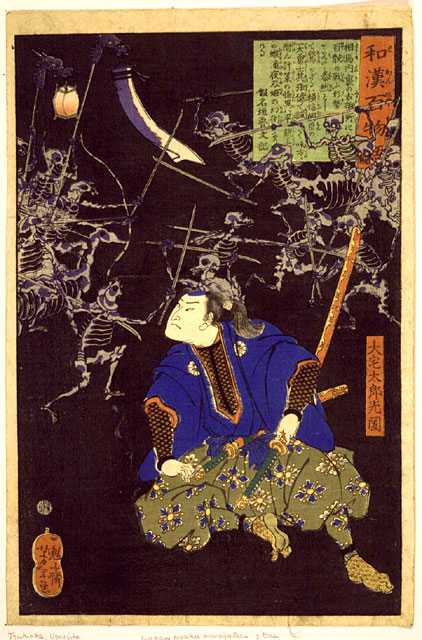 Scattered across the pitch-black background are skeleton warriors. And Mitsukuni Otaketaro, a fictional samurai in a book by Santo Kyoden (1761-1816) is staring at them with his imperturbability. Princess Takiyasha, daughter of Taira no Masakado (903-940), who claimed to be an emperor and was defeated and killed by Fujiwara Hidesato, carries on her father’s legacy and starts a rebellion, which Mitsukuni sets out to suppress.

In this printing, Mitsukuni is completely unfazed despite the skeletal samurais conjured up by the princess surround him.

Another famous work depicting the same scene is Utagawa Kuniyoshi‘s “In The Ruined Palace At Sôma.”