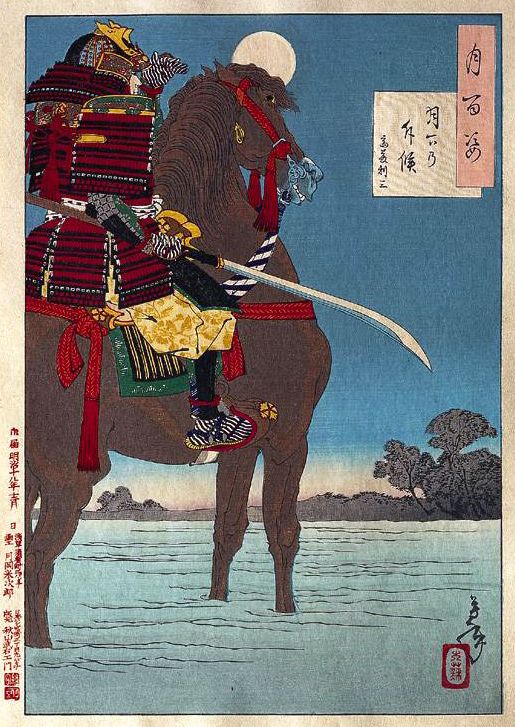 The theme of this work is the scene of the Battle of Yamazaki, a battle for supremacy with Toyotomi Hideyoshi, which took place after the Honnoji Incident in 1582 when Mitsuhide rebelled against his lord Oda Nobunaga.

It is a scene where Toshimitsu is about to cross the Enmyoji River (Enmyoji River: present-day Koizumi River [Nagaokakyo City, Kyoto Prefecture]) on horseback to scout out the enemy territory before the battle. He put up a good fight as the spearhead but was ultimately defeated. 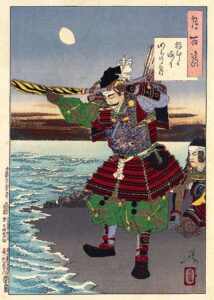 Faith in the Crescent Moon, by Tsukioka Yoshitoshi