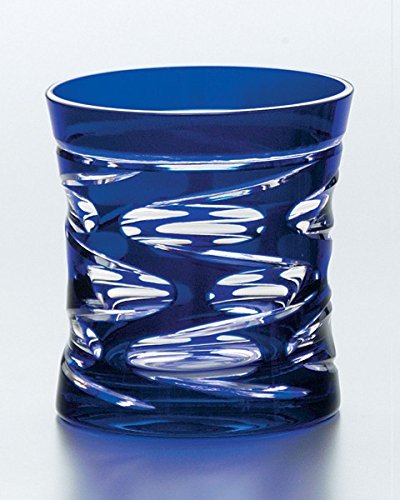 “Edo” was the ancient name of Tokyo. In the Edo Period (1603-1868), it was the biggest city around the world and more than a million people lived in. While the samurai (warrior) class ruled Japan at that time, the tradesmen and artisans of the town developed the unique culture. Ukiyo-e, haiku, kabuki, sumo…

The various industries grew and invented the new products. In the middle 1800’s, the glass wholesaler Kagaya Kyubei come up with the way of carving a glass with emery. That was the beginning of the Edo-kiriko glass.

The craftsmen of the Japanese cut glass had came to be able to make the beautifully colored and finely patterned the Edo-kiriko products in Meiji Period (1868-1912). Though the age of the tradesmen and artisans had already ended, their spirits remained all sorts of the ways.

The people of the Edo City loved “Iki” (粋) which means smart, stylish or chic. The sense of the beauty is still alive in the traditional cut glass. The new designs and colors (such as amber and black) of Edo-kiriko which has been born today also show the spirit of “Iki”.

The Edo-kiriko glass tumblers with the new designs

Not only the cut glass, the traditional Japanese teapot (kyusu) has new designs!