An original drawing by Katsushika Hokusai (1760-1849), who is known as an ukiyo-e artist, which he drew when he was 80 years old. It’s a picture of a watermelon cut in half and covered with hanshi (Japanese writing paper). A knife is placed on the watermelon, and the rind of the watermelon is dried on the screen. After his death, Japanese painters pursue realism. This work appears to have been one of the pioneers, but his original expressions include the rinds that are hanged as they are dancing on the screen and the composition of the watermelon with the hanshi. This is a novel work with spirituality by Hokusai who studied various painting techniques. 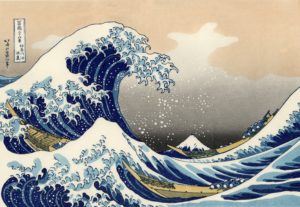 Carps and Turtles by Katsushika Hokusai

Dragon painting on the festival float by Katsushika Hokusai 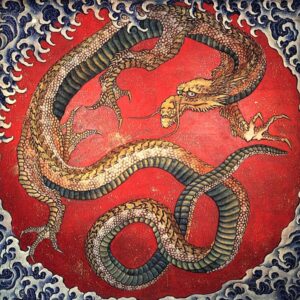 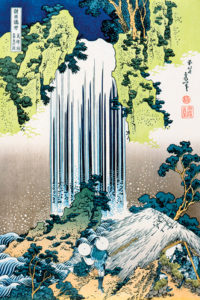 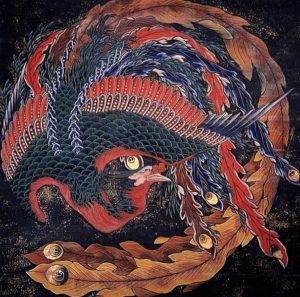