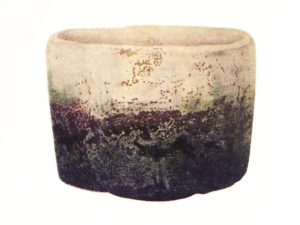 Buddha statue means literally that the appearance of Buddha. But it comprises the whole of Buddhism sculptures and castings. Buddha statue has the four classes.

“The Nihon-shoki” said that Seong of Baekje presented Buddha statue and satras for Emperor Kimmei in 552. The Buddha statue was thought that placed at Zenkoji-Temple, in Nagano prefecture. The moment was a introduction of Buddhism for Japan. At first, the opinion whether accepting Buddhism or not was devided and it leaded to the wars.

But after the wars, Shoutoku-taishi promoted its spreading around Japan. Since then, enormous number of Buddha statues have provide peaceful feeling to people throughout the history. They had become the essential religious symbol and the field in craft art products.

The oldest Buddha statue made in Japan is the Great Buddha, Asuka Daibutsu（飛鳥大仏）, in Asuka-dera（飛鳥寺） in Nara prerecture.

Although the Great Buddha in Nara prefecture or in Kamakura city is the most famous in Japan, Ushiku-Daibutsu in Ibaraki prefecture is the biggest bronze statue in the world. But it is relatively new one and was built in 1992.

More than 10,000 yeas ago, in Jomon Period, Japanese ancestors began to make the oldest pottery in Japan. They just turned out the rough and inelegant earthwares. But they made effort to contrive patterns with a rope.

And in Asuka Period, hard and gray ware, “Sueki“（須恵器） and then glaze was introduced from Korean Peninsula.

Unique Japanese pottery showed up in Kamakura Period and Muromachi Period, such as Seto, Shigaraki, and Bizen. And Imari, from “White porcelains/Hakuji（白磁）” developing to “Overglaze enamels/Iroe（色絵）” was produced in Azuchi-Momoyama Period, and became gradually popular also in Western. 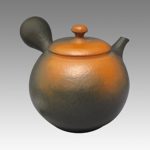