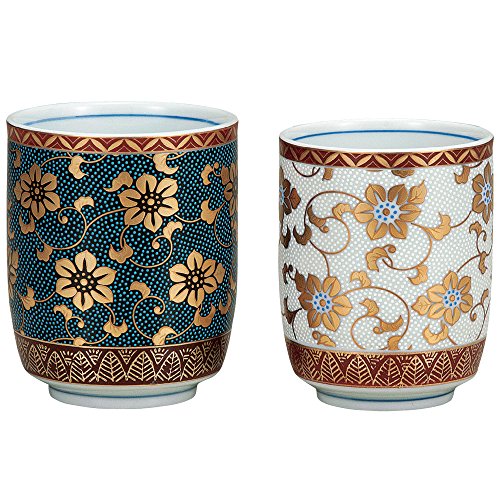 Yunomi, a traditional Japanese tea cup, doesn’t have any handle, unlike Western. So that means we hold the yunomi cups directly. The touch of the ceramic is one of the important points to choose.

When we hold the Kutani yunomi, we can enjoy the fine feeling on our parm. The craftsmen of Kutani porcelain color the patterns on the glazed base and burn it again. It makes slight surface asperity.

It goes without saying the beautiful decolation, the three-dimensional expression is also the appeal of Kutani pottery.

The first Daishoji Domain lord Maeda Toshiharu made Goto Saijiro learn the technique of Arita (Imari) ware and start the pottery industry in his domain. The name of the village where the porcelain stone was produced was Kutani. For this reason, they called the porcelain as “Kutani-yaki (ware)”.

Kutani ware includes both of earthenware and porcelain. If you want a thick and warm yunomi, earthenwares are best. But you prefer a smooth and strong one, you had better to buy porcelains.

Of course, please choose the colors and the patterns what you like.